Worker honey bees, as their name suggests, are the hardest workers in the hive. From birth, these motivated female bees are given roles that they must take on to help keep the hive functioning. The worker bee takes on as many as 7 jobs around the hive in her short six-week lifespan. Let’s take a closer look at the life of a worker bee, and what roles she will take on throughout her life.

The first task a worker must undergo as newly emerged, young bees is to clean out the cell that they hatched from. It is a worker bee’s task to chew through the wax that covers the cell, cleaning it out so that it may be used once again.

After cleaning her own cell, the worker bee will branch out to check the cells nearby. Young worker bees also take on the task of clearing out the bodies of bees that have died or removing brood that did not grow. This keeps the hive clean and reduces the risk of diseases.

After a few days of cleaning, worker bees will also take on the role of a nurse bee. Nurse bees have two primary responsibilities: raising younger worker bees and tending to the queen. Nurse bees are able to create a special type of food known as royal jelly. Royal jelly is fed to young bees in the first few days of their lives but also serves as the primary source of nourishment for the queen.

Along with feeding the queen their royal jelly, nurse bees must also tend to her every need. This includes washing her, digesting her food, and even cleaning up her waste. Since the queen is hard at work laying the eggs, it’s the worker bee’s responsibility to make sure she is properly taken care of. 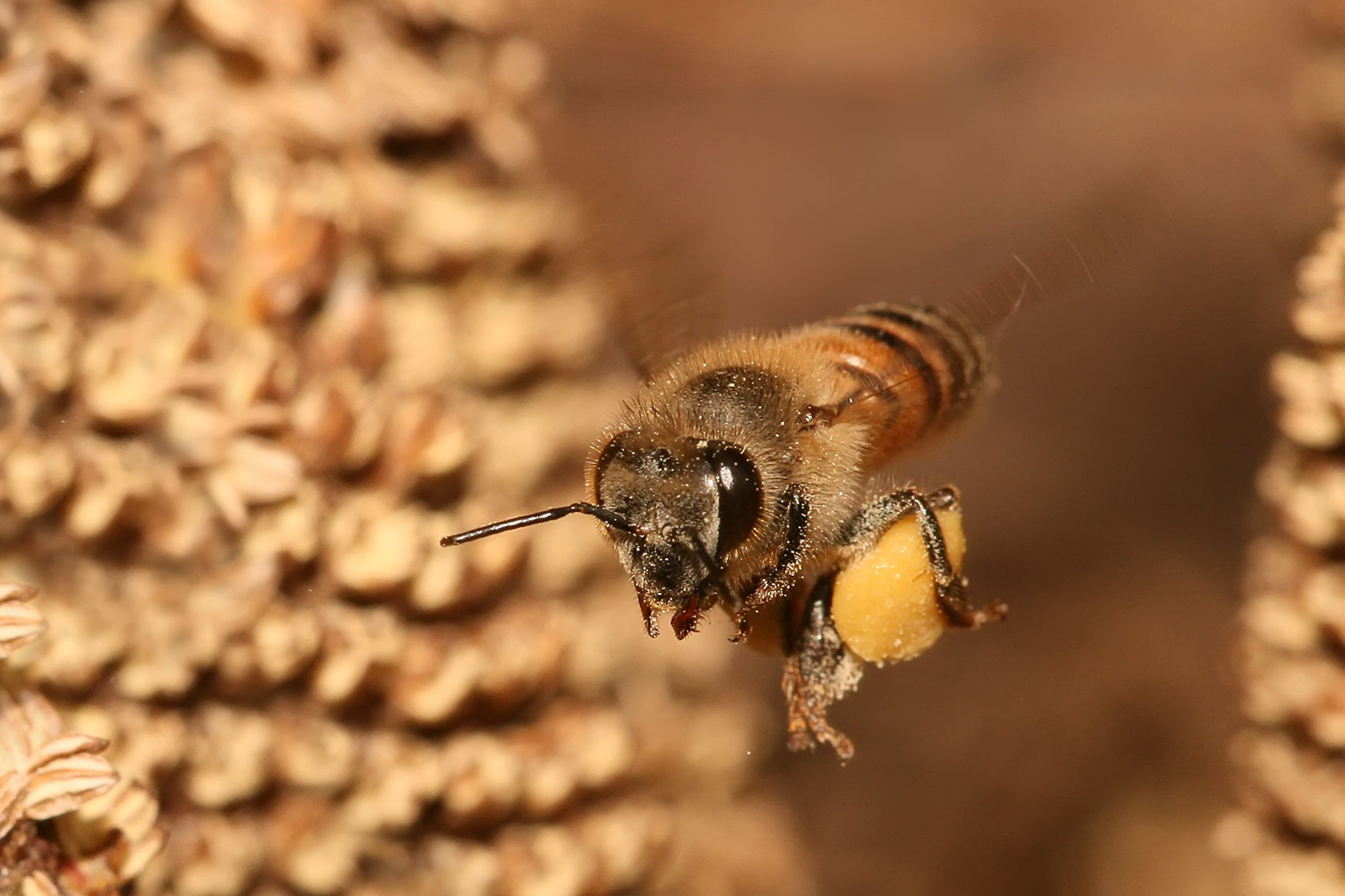 With the hive abuzz with activity, the internal temperature can rise quickly, especially in the summer months. To combat the intense heat, worker bees station themselves at the front of the hive and work together to create a small air channel to ventilate the hive. Fanning bees will cover their abdomens with a thin layer of water and flap their wings at high speeds in order to cool the hive down.

Now a middle-aged bee, the worker bee is now able to create wax from the glands in her abdomen. This wax comes out in small flakes, which can be chewed and used as a material to build new comb. In addition to building comb, worker bees have various other tasks they will take on around the hive. For example, some worker bees take pollen from foraging bees to store in the honeycomb, while others have the task of sealing complete honey cells with wax.

Before a worker bee is able to venture out into the fields, she must take on the role of a bouncer and guard the outside of the hive. Guard bees hover outside of the hive entrance, examining every bee as it enters and exits. These bees are on the lookout for a specific scent, which indicates whether or not the bee is from the same hive. This crucial task will keep bees from neighboring hives from stealing their honey supplies.

Guard worker bees also have the task of keeping a lookout for potential threats, such as bears or skunks. If a guard bee sees a threat coming, they can emit a special set of pheromones that will warn the rest of the hive of incoming danger.

The final role that a worker bee takes on is that of a forager. For the first time in her life, a worker bee is allowed outside of the hive in search of flowers to nourish the hive.

When she first comes out of the hive, a newly dubbed forager will take her very first orientation flight. During this flight, the worker bee will face her hive and familiarize herself with the surrounding area. This allows her to memorize the location of her home so she knows exactly how to get back once she’s finished foraging for the day.

Worker bees will travel up to 5-miles in order to collect pollen, nectar, and propolis to be brought back to the hive. Using a long proboscis, the worker bee carefully sucks the nectar from the flower into a second stomach, known as the honey sac. She continues the process from flower to flower until her honey sac is filled, when she then returns to the hive.

Worker bees will continue to forage diligently until she dies from exhaustion. Truly the hardest worker of the hive, the worker bee dedicates her entire life to the needs of her colony. That’s one busy bee!