When someone is described as being the “Queen Bee,” it’s often to imply that they are in charge. However, a real queen bee doesn’t have as much power as her royal name implies. While the queen does play an important role in the hive, it’s her dependence on the colony that allows her to perform that role properly. Let’s take a look at the life of a queen bee to get a better idea of what role she plays in the hive.

What Makes the Queen Bee Different?

The queen is the only bee in the entire colony that can give birth. She is also the largest bee in the colony, with an elongated abdomen that stores all the necessities for egg laying. The queen’s only job is to lay eggs, and a healthy queen can lay up to 2000 eggs per day in 30-second intervals. Queens is also the only bees in the hive that continue to eat royal jelly past its third day of life. 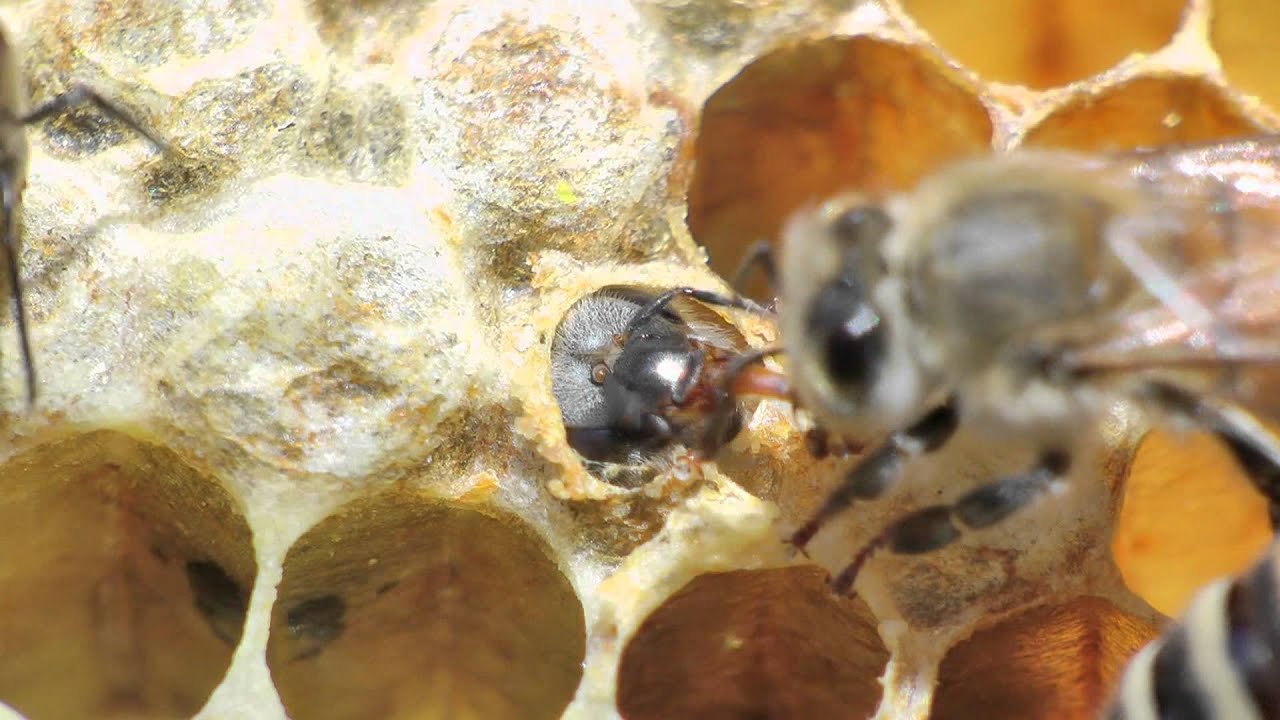 Birth of a Queen

Queen bees are born in a unique manner completely different from that of the typical worker or drone bee. A queen is born only when a hive collectively decides that a new queen is needed.

A hive may choose to birth a new queen bee under three circumstances:

The process of raising a new queen starts with the creation of larger brood cells, known as queen cells. The bees then relocate female eggs into these cells, all with the potential to grow into the next queen. Queen brood is fed with a richer food source known as royal jelly, which is generated from special glands inside a worker bee’s mouth. While every larvae is fed royal jelly for the first few days of development, only the queen is fed royal jelly exclusively, which allows only her to become a sexually mature female. The worker bees then expand the queen cells around the larvae to allow them to grow. These queen cells are shaped like a peanut shell and have a similar texture as well. They are also known as queen cups and are larger than the normal brood cells. In addition, the cells are constructed vertically instead of horizontally, further differentiating the queen from workers and drones. At a certain point, the queen cell is capped with beeswax. To emerge from the cell, a virgin queen will chew a circular cut around the cap edge and then swing it open like a hinged door. It’s a race to the death to be the first one out of the queen cell. The first bee to emerge from the queen cell will stab her stinger through the other queen cells, securing her place as the hive’s only queen. 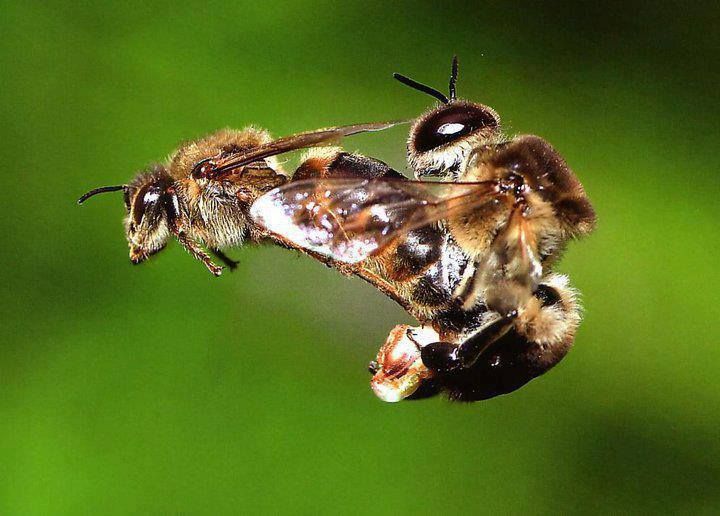 It may seem like a queen must be constantly mating to keep up with her machine-like egg production, but in reality, a queen will mate only once in her lifetime. A few days after her birth, a virgin queen will go out on what are known as mating or nuptial flights. A queen will search for mates by flying into a “drone congregating area,” where drones from various colonies gather to wait for queens.

While in the drone congregating area, a young queen bee will mate with anywhere from 10-15 drones. This will allow for genetic diversity, which will give the colony a better chance at survival. The queen is able to store all of the genetics from the drone bees in her special abdomen, which will allow her to produce eggs for 2-3 years without having to mate again. The mating process is bad news for the male drones because they drop dead to the ground once they successfully transfer genetic material to the virgin queen for storage. If something like bad weather prevents the virgin queen from mating for too long, she becomes something called a drone layer, which as the name suggests, means the queen will only be able to produce drones, but won’t be able to produce the female worker bees or even a replacement queen, signaling the death of the hive. Also, unlike the drones and workers, a queen bee can sting repeatedly without losing their stinger.

Keeping Up the Population

Once the queen bee has made her mating flights, she will begin her lifelong work to build up the population of her hive. Once there are enough combs formed, a queen will get to work laying eggs, inspecting each cell as she moves through the hive.

If the cell is sufficient, she will lower her abdomen to release a single egg. The queen must decide whether or not the egg will be fertilized before it leaves her body, which dictates the sex of the bee that will hatch. A fertilized egg will hatch as a female worker or queen, while an unfertilized egg will hatch as a drone. Once the egg is laid, the queen will have no further role in raising the offspring. Instead, other female worker bees will tend to the brood until they are able to join the hive. 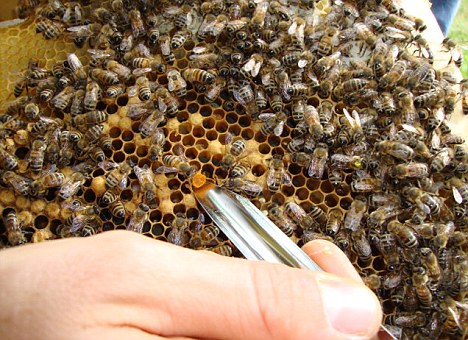 Relationship with The Hive

While many think of the queen bee as a major decision maker for the colony, she actually has little to no control over what goes on in the hive. The queen’s sole purpose is to populate the colony, and she depends heavily on the hive to accomplish this. In fact, a queen is unable to do simple things such as digest her own food. Worker bees must wait on her hand-and-foot, feeding her, cleaning her and even disposing of her waste.

Along with laying eggs, queen bees also give off pheromones that send signals throughout the hive. These chemical messages update the colony on the condition of the queen and help dictate what activities need to be conducted to help keep the hive healthy.

If a queen is no longer able to do her job in a sufficient matter, her pheromone production will begin to fail. This indicates to the hive that a new queen will soon be needed, and worker bees will begin preparing queen cells. Once a new queen is raised, the hive will kill the old queen.