Can Bees Bite – Learn More About Bees And Other Beekeeping Facts

Can bees bite? Although bees are vital for the pollination of flowering plants, including the fruits and vegetables we eat and the flowers we grow, many people are afraid to get near them in case they may get bitten. But can bees bite? If so, does that mean all of them can bite us? And how dangerous are their bites?

Can Bees Bite Us? 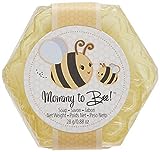 Bees can bite, or sting, which is the proper term when talking about bees. Although other insects have mandibles strong enough to bite, bees are far more likely to sting. A bee sting is caused by a bee stinger, which is the egg-laying tube of the female bee consisting of two valves. Since the female bees are the only bees that reproduce, they are the only bees that are able to sting. All female bees, except for the queen, are considered worker bees. The queen bee stays in the hive to reproduce. She lays all the eggs, only leaving the hive once in her life to mate. Some of the worker bees leave the hive and collect pollen, nectar, and materials to make propolis (or “bee glue”) from trees, or water to take back to the hive.

Only A Few Bees Can Bite Or Sting

If you see bees leaving their hive, they are female worker bees. Only three types of bees can bite or sting: The honeybee, the bumblebee, and the carpenter bee. However, not all three bees are the same.

The honey bee stings strictly for defense. They are too busy looking for nectar and pollen to be bothered by us unless they are aggravated or stepped on. Also, they have the short end of the stick compared to other bees — they are the only bees who die after they sting. The honey bee’s sting is made up of two barbed lancets, or blades with sharp points, connected to a poison gland and supported by strong muscles. 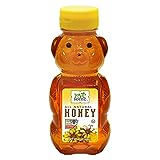 When the bee stings, the barbs slice through the victim’s skin and act as an anchor. The bee then rips the sting out and leaves it in its victim. This rips through the bee’s abdomen, killing them almost instantly.

Their sting is not any more harmful than the European honey bee individually. Their increased danger lies in the sheer number of bees which may attack at the same time if the hive is disturbed. These honey bees mostly found in the southern US, and are unlikely to move anywhere else in the future.

The bumblebee stings strictly for defense and will sting for the same reasons that the European honey bee stings. They have it a lot easier, though, because when they sting a victim, they suffer no abdominal damage and can fly away unharmed. Unlike the honey bee’s barbed and curved stinger, the bumblebee has a smooth stinger that allows it to sting a victim, release the stinger from the victim, and use the stinger again.

The carpenter bee is the least harmful bee out of the three. They are often thought of as pests because the female bees construct their nests by making a temporary home in soft or aged wood, including wooden house frames, fences or decks. Carpenter bees rarely sting unless they are handled or aggravated.

How Do You Prevent Bee Stings?

Attacks are rare, but when you're around a beehive, you should take certain precautions. "Can bees bite?" Yes, they can, but they won’t if we follow these rules:

2. Cover and protect your head (a shirt or towel will suffice).

3. Run steadily to safety in a straight line.

4. Try to get into a sealed environment where the bees can’t gain entrance.

5. Avoid running towards people. This will escalate the situation.

6. Don’t hide underwater. They'll wait for you longer than you can hold your breath.

7. Don’t take your clothes off. This will give the bees more exposed skin to sting.

​ 8. Avoid swatting at the bees. It will aggravate them more, and potentially crush them, signaling to any surrounding bees that you’re a threat.

9. Wear light-colored clothing. A bee’s natural enemy is the bear, so light colors will minimize how threatening they perceive you to be.

11. Don’t use flowery perfumes, soaps or lotions. Bees are attracted to these scents so they’ll be more likely to be attracted to you!