A Detailed Look at the Complete Honey Bee Lifecycle

The Honey Bee Lifecycle is a bit complex as it should be. Honey bees are born into three different classes: queen bees, worker bees, and drone bees. Each class of bee has its own lifecycle, which we will break down below.

The queen is the most important bee in the hive, as she is responsible for the birth of new bees to populate her colony. Virgin queen bees are raised in an entirely different way from the worker and drone bees to prepare her for the life of a queen mother.

Queen bees are only born when a hive swarms or deems the old queen unfit for her role. Bee swarms form in late spring to early summer when a colony decides that the hive has become too crowded. Before a colony can split off and swarm, they need to make a new queen to populate the next hive. Bees can also decide to requeen if the other queen dies, goes missing, or can no longer produce enough eggs.

Queens are born in queen cells, which are built larger than other blood cells to accommodate the queen’s size. Queen broods are fed with royal honey exclusively, which allows her to develop the special reproductive organs she will need once born. While multiple queen broods are raised, only the first bee that hatches will become queen, as her first task is to kill all the other queens in their cell.

While there is only one queen per hive, she is the only bee in the entire colony that has the ability to lay fertilized eggs. This is the only job she takes on her entire life, and she takes it seriously. A healthy queen bee can lay up to 2000 eggs a day depending on the needs of the hive. Throughout her 2-5-year lifespan, a single queen can be responsible for the birth of millions of honey bees.

A queen bee can either die of natural causes or be put down by the hive once her colony decides to requeen. This can be done by the newly hatched queen or carried out by an army of worker bees.

Worker bees live up to their name as the hardest worker in the hive. These female bees take on various roles throughout their short lives to ensure the hive is thriving for future generations.

Worker bees are born from the fertilized eggs that a queen lays. These eggs are allowed to consume royal jelly for the first three days of their development before switching to a mixture of pollen and honey. It takes worker brood 21 days to fully develop before emerging as a worker bee.

As soon as the worker bee emerges, she is put to work maintaining the hive. Worker bees will have up to 7 roles to fulfill throughout her short few weeks of life during peak honey season. This includes cleaning the hive, nursing the young, attending to the queen, fanning the hive, building comb, guarding the hive, and finally foraging for nectar.

Worker bees that are born after the honey season serve a different purpose. These bees, known as winter bees, will huddle together around the queen all winter to protect her from the cold. During this time, the bees will be unable to forage, cutting down their heavy workload considerably. Winter bees tend to live much longer than a worker bee born in spring.

Winter worker bees must survive much longer than their spring and summer sisters, as it is their duty to protect the queen in the cold months. These bees can live up to 4-5 months, feeding on the honey that has been collected throughout the year. 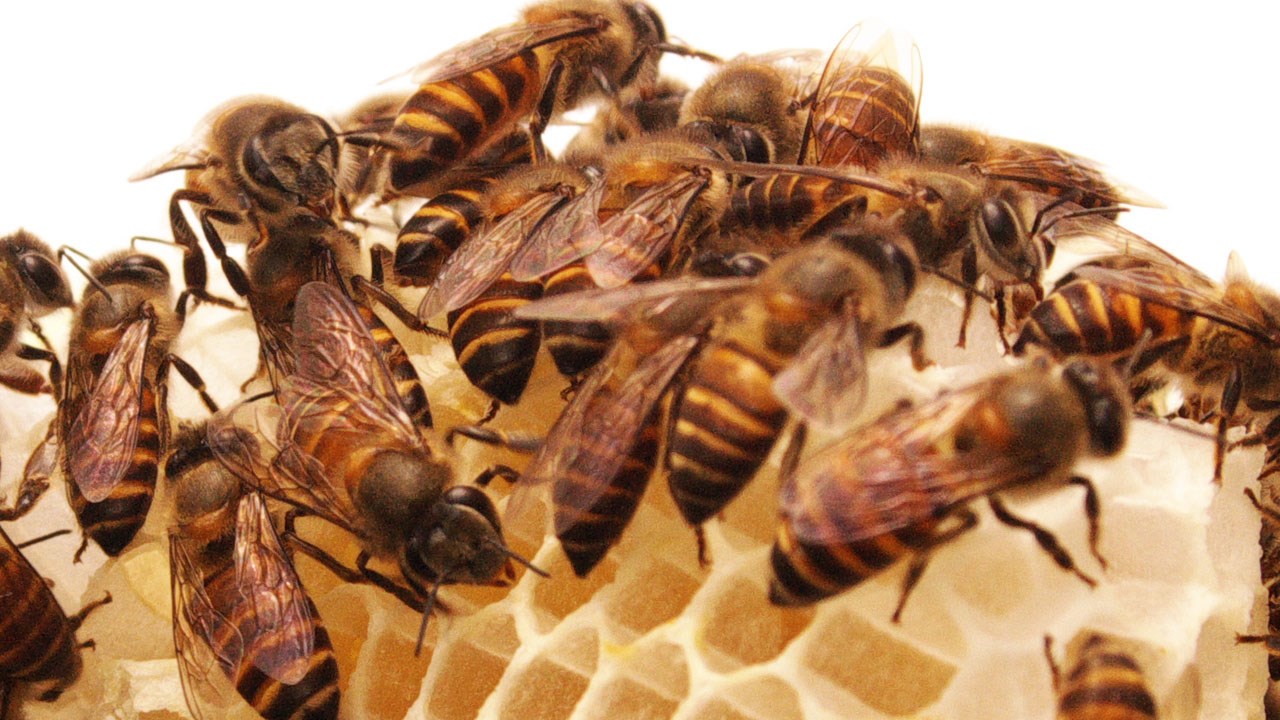 Drones are the only male bees in the colony. Unlike their hardworking female counterpart, drone bees do nothing around the hive. Despite their seemingly lazy attitudes, drone bees actually play an important part in the honey bee reproductive cycle.

Drone bees are born from unfertilized eggs, which carry only half of the chromosomes that a worker or queen bee possesses. They are raised the same way as the worker bees, though require 24 days for complete development before they emerge. Drone bees are born having already reached sexual maturity.

A drone’s entire life is spent hunting for a virgin queen to mate with. Drone bees will leave the hive during mating season to gather into “drone congregation zones,” where they compete for a chance to mate with a queen bee. Those that are successful are met with immediate death.

Drone bees that are unable to mate with a queen will return to their hives for the day to eat. Unable to forage, male bees rely on the pollen collected by the worker bees to nourish himself. Once the mating season ends, drone bees are kicked out of the hive by the worker bees as they prepare for the winter.

The lifespan of a drone depends entirely on how effective he is at mating with a virgin queen. Drone’s sex organs are barbed unlike the worker bee stinger’s. When a drone has finished mating with the queen, the sex organ is ripped out from his body, killing him instantly.

Drones that are not able to mate with a queen live for about 5-7 weeks before they are kicked out of the hive and left to die of hypothermia or starvation.